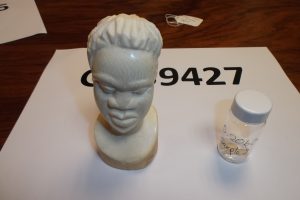 A 26 year old antiques dealer has been sentenced to 7 months imprisonment for trading illegally in elephant ivory.  Shane David BALL of Derwent Avenue, Workington, who had been to stand trial in January, changed his plea to guilty at Carlisle Crown Court today (13th Sept 2016). The case was the result of an investigation […]

The National Wildlife Crime Unit has relocated and is now based in Stirling.  The unit was previously based at Livingston, but this building is now due for redevelopment, which meant the NWCU had to relocate. The office move, which took place on 2nd September 2016, resulted in some major IT problems but the office based […]

A man and a woman have today, Tuesday, 13 September been fined over £3,000 after they were found guilty of importing and offering endangered tortoises for sale. The investigation began when officers from the Met accompanied the City of London Animal Health Inspector to an address in Shackleton Court, London, W12 on 29 April 2015 […] 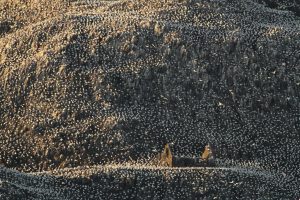 Charlie Everitt, NWCU Scottish Investigative Support Officer, has won a category in the 2016 British Wildlife Photography Awards. It is a competition entered by the UK’s top professional and amateur photographers from around the UK with several categories catering for differing photographic environments and perspectives. Charlie’s image of the Bass Rock – depicting the sheer […]

Wildlife officers from Cumbria Police and the National Wildlife Crime Unit investigating the disappearance of wild plants from the Cumbria countryside have executed a search warrant at a house in Great Orton, Cumbria (28/04/2016).     As a result of the search, the officers seized around 5000 wild Snowdrop bulbs and lesser numbers of Bluebells and Wild […]

Woman in Cleveland cautioned for trading in endangered species

A 56 year old woman from Thornaby, Cleveland has received a caution for buying and selling derivatives of endangered species, including tiger claws.  Officers from the National Wildlife Crime Unit identified a trader on Ebay who appeared to be selling tiger claws without the required permits.  The seller was subsequently identified.  On 18th April 2016 officers […]

Keith Mingins aged 58 yrs of Main Street, Firzington, Cumbria appeared at Workington Magistrates Court today (29/04/2015), where he pleaded guilty to the illegal storage of the banned pesticide Carbofuran.  Carbofuran was previously used in agriculture as an insecticide, but it lost its approval for use and has been banned since 2001.  Keith Mingins keeps […] 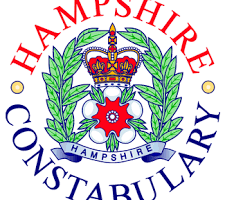 Wildlife crime officers from Hampshire Police and the National Wildlife Crime Unit investigating the illegal trade in endangered species seized a number of items originating from protected species in a house in the Eastleigh area of Hampshire.  Officers had identified a man who was trading illegally on the Internet and as a result they executed […] 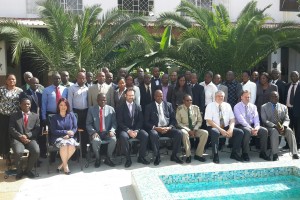 Investigative Support Officer Ian Guildford from the NWCU together with Guy Clarke from the UK Border Force CITES team, based at Heathrow, recently attended Malawi to deliver training as part of a project being run by RSPCA International, the project ‘Developing Law enforcement Capability in Malawi to Combat Wildlife Crime’ is funded by the UK […]

Wild birds are now nesting – many have already laid eggs – and the national campaign to protect them is underway. Egg thieves will go to any lengths to raid the nests of rare species but Operation EASTER is determined to stop them in their tracks. Operation EASTER is a campaign which was developed in […]