21 years of Operation Easter: is the end in sight for egg collecting?

Operation Easter comes of age this year as it celebrates 21 years of protecting nests from egg collectors.

The annual campaign was developed in Scotland and is now facilitated by the National Wildlife Crime Unit based in Stirling, in conjunction with UK Police Forces and partner agencies. It has always been fully supported and approved by the Partnership for Action Against Wildlife Crime (PAW) Scotland.

The operation has helped to notch up a long list of convictions and now hopes to eradicate illegal egg collecting within a generation. But that won’t mean the work is over. It’ll continue to share intelligence on the trade in the eggs of wild birds, as well as protecting nesting birds from disturbance caused by over-zealous bird watchers and photographers approaching too close or by people intent on stealing chicks for falconry or destroying eggs or chicks for game or livestock protection purposes. 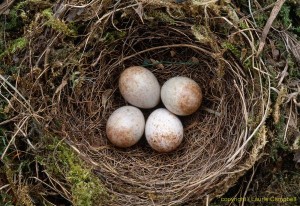 The Chair of PAW Scotland, Environment Secretary Roseanna Cunningham MSP said: “Over the last 21 years Operation Easter has played a vital role in Scotland’s efforts to tackle wildlife crime, by protecting many of our wonderful bird species from egg collectors.

In the past egg collecting and persecution led to the elimination of the osprey from Scotland.

Egg collectors also slowed the recovery of iconic Scottish species such as the golden eagle.

Everyone involved in Operation Easter over the years deserves our thanks for their part in securing a huge reduction in this selfish and irresponsible crime.”

Operation Easter was the brainchild of Tayside Police wildlife crime officers in 1997. It rapidly spread from a regional initiative to an annual, national operation across the UK.

Alan Stewart was one of the founding members and became its driving force. He was a Tayside Police officer and, latterly, Wildlife Crime Co-ordinator and National Wildlife Crime Unit Intelligence Officer.

He says: “The variety of Scotland’s birds made them attractive targets for egg collectors, especially some of the rarer species like golden eagle, osprey and red throated divers. Many of the egg thieves came from either the north or south west of England and we felt we had to do something to protect Scotland’s birds from the annual migration of egg collectors.  Information sharing between the UK’s Police forces back then was nowhere near as advanced as it is now, so we put in a mechanism to alert all Police forces with details of the main egg collectors to help co-ordinate enforcement and prevention opportunities.”

Results soon followed and, in 2002, a Merseyside man was jailed for 6 months for his collection of 450 eggs, including some taken from nesting sites on Mull; in 2003, a man from Runcorn was jailed for four months for owning a collection of 800 eggs, many of which had been taken from Scotland.  Also in 2003, two men from Bury were fined a total of £2,700 after being found in possession of 21 wild birds’ eggs near Inverness, including those of the rare little tern.  In 2005, a Norfolk man was jailed for 10 weeks for his collection of 3,600 eggs; his thieving of eggs had eradicated nightjars from a local nature reserve.

Egg collectors can go to extreme lengths. In 2006, an egg collector fell to his death while climbing a tree to check out a nest. 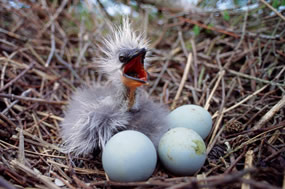 Scotland’s islands seem to be a lure to egg collectors and in 2011, a London man was stopped on Rum in possession of Manx shearwater eggs.  A search of his home uncovered a collection in excess of 700 eggs and he was sentenced to a total of 12 months imprisonment.

Operation Easter spread to Mull where it became Eagle Watch. In 1999, two men were each fined £750 for being in possession of egg collecting equipment beneath one of the island’s sea eagle nests.  ‘Eagle Watch’ is now managed annually by RSPB staff on Mull.

When Police Scotland was formed in 2013, the planning and management of Operation Easter was transferred to the UK National Wildlife Crime Unit (NWCU), where it was expanded beyond egg collecting.

“Operation Easter was becoming a victim of its own success,” says Charles Everitt, Scotland’s Investigations Support Officer with the NWCU. “From the early years when there were over 60 active egg collectors, we are finding that today there are only a handful left.  The huge reduction of known, active egg thieves is a triumph for Operation Easter and hopefully the illegal collecting of wild birds’ eggs will now be eradicated within a generation.  Nevertheless, there is still work to be undertaken to protect nesting birds from unlicensed disturbance and to counter illegal egg trading.”

And there are still a few egg collectors about. In 2016, a retired lawyer from Devon was fined over £8,700 for egg collecting after a member of the public tipped off Police in Orkney. On the 3rd May 2018 a Plymouth egg collector was convicted for disturbance and egg theft.

Incidents of egg theft should be reported to the Police immediately on 101 or, if in progress, on 999.  Anonymous reporting can be made through Crimestoppers on 0800 555 111.