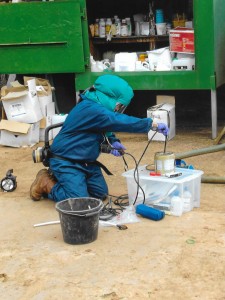 Officers from the National Wildlife Crime Unit, Natural England and West Mercia, executed a search warrant at Park Farm in April 2014 when they found a tin of a product called Cymag, which was stored in an open barn at the farm.  Cymag, which contains a sodium cyanide, was used to control rabbits by gassing, but it lost its approval in 2004, which now means simply possessing Cymag is an offence.  If sodium cyanide is inhaled there is a serious risk, which may even be fatal.

Mottershead was given a 6 month conditional discharge and ordered to pay £100.”