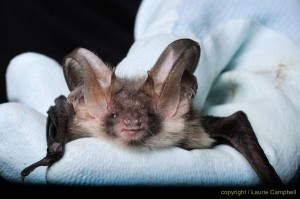 FINED FOR DESTROYING A BAT ROOST

On Monday 1st July 2013 a Chorley Magistrates Court heard a case against a Mr David Michael Dalton, 33, of Chorley New Road, Lostock, Bolton. Dalton, who had been charged with destroying a bat roost. Following a guilty plea Mr Dalton was fined £540 with £100 costs and a £54 surcharge (Maximum penalties for destroying a bat roost are six months imprisonment and or a £5000 fine).

Offences against bats are one of the UK’s wildlife crime priorities of identical standing to the illegal trade in endangered species and the persecution of birds of prey.

Mr Dalton is the owner of property in Rivington Lane that he wished to develop. He engaged the services of an ecological consultant who surveyed the buildings and found a roost of brown-long eared bats. To allow the building to be developed a licence would have been required outlining how the needs of bats were being considered. Mr Dalton demolished the building without a licence and destroyed the bat roost.

Wildlife Crime Officer for Lancashire Police Mark Thomas said:
Lancashire Police take every report of wildlife crime very seriously. “We have worked hard to bring this case to court, people can’t just start carrying out building renovation work and think they don’t have to have the correct surveys and licences to cover the work they intend to do. The reason they have to do this is to protect certain species in this case bats and their roosts. Working together with the Bat Conservation Trust, we put together a package for criminal proceedings against a local land and property owner Mr Dalton from the Rivington area who chose to ignore the law and the codes of practice. It is the responsibility of property owners and developers to ensure all building work has had appropriate ecological surveys undertaken.”

Pete Charleston Investigations Officer for the Bat Conservation Trust explains:
“Bat roosts are very important sites for conservation. The loss of bat roosts is thought to be one reason why bat populations declined dramatically in the 20th Century. By following conditions set out in a license the impact of building, development and demolition on bats can be minimized. If you plan works and follow the mitigation measures as outlined in the license, projects can run smoothly; if you don’t it is a serious offence that puts bat populations at risk.”  The Bat Conservation Trust have provided support to Lancashire Police during this investigation and are very grateful both to the Police and the Crown Prosecution Service for their efforts in bringing this case to court.

Impact of roost destruction
Most British bat species, including brown long-eared bat, have become at least partially dependent on built structures for roosting. This species is vulnerable to the impacts of roost destruction during building renovations or demolition. The brown long-eared bat is of particular concern as they have more specific requirements than other UK bat species and has been identified as sensitive to building renovation works (Bat Conservation Trust 2009; Joint Nature Conservation Committee 2007). Loss or damage to a roost can have a significant impact on the local population. Where there are limited alternative roosting opportunities locally, loss of a roost site would result in bats moving away perhaps to a site that is less suitable. In other cases there may be no suitable roosting sites nearby.

The destruction of a maternity bat roost in particular can have a major impact on the local population of bats. Female bats gather together in the summer months at maternity roost sites to have their young. Unlike many other small mammals, bats are long-lived mammals which reproduce slowly: each female can only produce one baby per year and not all females will have babies each year. Not all young survive the first year. For this reason bat populations are very slow to grow or recover their numbers and the loss of one maternity roost site may result in all the breeding females from an area being unable to rear young in that year, and possibly future years if there are no suitable alternative roosts nearby.
Illegal damage or destruction of bat roosts that is carried out without taking the appropriate measures and providing suitable mitigation for the bats may be detrimental to bat populations of brown long-eared bats in the UK by reducing the number of sites this species has available for roosting.

Brown long-eared bats are particularly loyal to their roost sites and will return to the same site each year for many years (Swift 1998) so retaining and protecting bat roost sites is essential for the survival of the species.