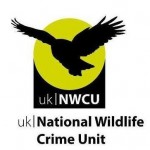 Historically, police response to wildlife crime investigation has been varied. Some forces provided an excellent service, whilst the service provided by others ranged from adequate to non-existent. Investigations were often taken on by individual police officers who had a personal interest and the work was often undertaken in their own time. Officers would often have nowhere within police circles to turn to for advice and guidance and would often have to rely on Non-Government Organisations (NGOs). Although NGO’s did, and still have, a huge role to play in supporting wildlife crime investigations, occasionally an organisation’s own interest or agenda could lead to allegations of a conflict of interest. More often than not, such claims were unfounded, but it could cloud some of the issues.

Criminals that targeted wildlife did not stick to one force area, some even travelled the globe profiting from illegal trade in wildlife. It was clear that there was a lack of co-ordination and guidance for the police officers who dealt with wildlife crime.

In 2002 under the guidance of the then North Wales Chief Constable, Richard Brunstrom, who was also the ACPO lead for wildlife crime, the Wildlife Crime Intelligence Unit (WCIU) was set up within the National Crime Intelligence Service (NCIS).

The WCIU dealt solely with gathering and disseminating intelligence to and from police forces and other law enforcement agencies. Despite the unit’s efforts, much of the actionable intelligence it produced did not get acted on. There were a number of reasons for this – some forces did not see wildlife crime as a priority, some forces did not want to resource investigations and others simply did not have sufficient expertise or the confidence to undertake investigations. As a result, many serious cases were never properly investigated.

In 2006 the Serious and Organised Crime Agency (now the National Crime Agency) was formed and it swallowed up NCIS, which left the WCIU without a home. Chief Constable Brunstrom offered the unit a temporary home at North Wales while he argued the case for a new dedicated unit that would offer investigative and analytical support to police and enforcement agencies, whilst still maintaining its role as an intelligence unit.

Government funding was agreed and the National Wildlife Crime Unit was formally launched on 16th October 2006. Not only would it fulfil its role as an intelligence cell, but it would provide experienced investigators to support wildlife crime investigations. The new unit was also set up with analytical capability. Importantly, as a stand-alone police unit, it has no agenda outside of policing so the support the NWCU provides is totally impartial.

The NWCU is now firmly established as part of UK Policing and its long-term funding has been agreed until at least 2020.

The unit, which in now based in Stirling, has worked with every police force in the UK as well as with many other agencies such as UK Border Force. It has been involved in thousands of investigations and hundreds of prosecutions involving all aspects of wildlife crime.

Since its launch the NWCU has also become established on the global stage and regularly works with law enforcement agencies from around the world.

“There have been many challenges along the way, but the fact that the NWCU’s long-term future has been secured is recognition of the unit’s value. The NWCU is a small but very effective team which has made a huge difference in the fight against wildlife crime. It has been recognised both at home and abroad. I would like to praise the expertise and dedication of NWCU members, past and present – without such dedication the unit may not have survived.

I would also like to thank all agencies and NGO’s who lobbied for the future of the unit before the Government’s last spending review. I believe this helped portray the benefit of a dedicated police unit to tackle wildlife crime”.