“Joel Martin, 20 yrs, of Clayton Crescent, Waterthorpe, Sheffield appeared at Sheffield Magistrates Court on 16th June 2015 and pleaded guilty to possessing two wild tawny owls and possessing a trap capable of being used to take wild birds.  A further charge of taking two owls from a nest in the Sheffield area was withdrawn.

In early May 2015 a member of the public handed two young tawny owls to the Police. 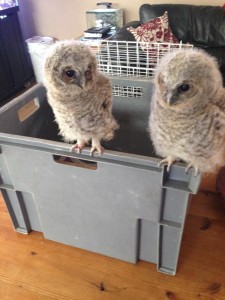 The owls were not fitted with leg rings and it was suspected that they had been taken from their nests some time earlier.  Enquiries led Police to Martin’s home address and on 19th May 2015, assisted by the National Wildlife Crime Unit, a warrant was executed.  Officers found evidence that birds had been kept at the address along with a home made trap, which had been specifically designed to trap birds of prey.  Martin was arrested and interviewed by the officers and admitted having been in possession of one owl on behalf of somebody else.  He claimed that the owl had been captive bred.  Evidence gleaned from a Facebook account contradicted his story and also indicated he had been in possession of two owls.

Sentenced was adjourned until 17th June 2015, when Martin was given a 12 month community order, ordered to carry out 40 hours of unpaid work and to pay costs totaling £215.

The court also made a forfeiture order for the trap and the owls, which are now being cared for at a sanctuary.

Following the case, Andy McWilliam from the National Wildlife Crime Unit said, “Tawny owls are by definition wild birds and are fully protected by law.  The maximum sentence for these offences is 6 months imprisonment.  This should go out as a warning that the Police and the courts take these matters very seriously.  Wildlife is there for everybody to enjoy and not to be exploited by a few”.  The NWCU also praised South Yorkshire Police Wildlife Crime Officers, “The NWCU has worked closely with South Yorkshire Police on a number of recent cases.  The commitment of their wildlife officer should not be underestimated.  Without their dedication cases like this would not come before the court”. 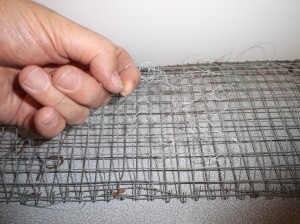 ‘The trap would be baited with a rat or other small rodent and birds of prey attracted to the bait become entangled fishing line loops’.