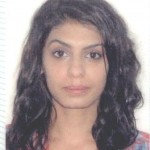 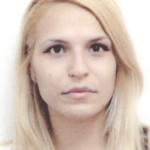 Two women have been jailed for a year following the seizure of 13 endangered iguanas at Heathrow. Romanian nationals Angla-Alina Bita, 26, and Vitora-Oliva Bucsa, 24, were arrested after the animals were found by Border Force officers carrying out customs checks at Heathrow Terminal 5 on Monday 3 February.

They had arrived on a flight from the Bahamas and were due to fly on to Dusseldorf, Germany.  The iguanas were each wrapped in an individual sock and had been stuffed into suitcases. Twelve survived their journey but one died in transit. 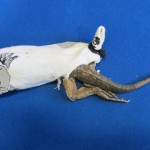 They were later identified as San Salvador rock iguanas, a species so rare that only a few hundred are known to be in existence. As such they are controlled under the Convention on International Trade in Endangered Species (CITES).

Officers from the National Crime Agency’s Border Policing Command took over the investigation, and Bita and Bucsa were charged with illegal importation. They pleaded guilty and at Isleworth Crown Court on Thursday 3 April they were sentenced to 12 months in prison each.

Grant Miller, head of the Border Force CITES team, said:“The rarity of this particular species made this an incredibly significant seizure. The iguanas are critically endangered and in effect priceless. This makes it all the more shocking that someone was willing to take them from their habitat and transport them halfway around the world in these kinds of conditions. We are now working with the Bahamian authorities to try to return them to where they belong.”

Following their discovery the iguanas were extremely dehydrated and have since been given specialist care by experts in the UK, with the long term aim of returning them to their natural habitat in the Caribbean.

Sarah Goddard, species policy officer for WWF-UK, said:“At a time that criminal gangs are threatening the very future existence of some of our most precious animals, it is good to see UK authorities clamping down on the traffickers posing a serious threat to the survival of endangered species such as these iguanas.  WWF welcomes the co-ordinated enforcement efforts from the Border Force and National Crime Agency in bringing these criminals to justice and for playing such a vital role in preventing this trade worldwide. These convictions are a victory for all those fighting wildlife crime.”

Border Force is responsible for frontline detection and seizure duties on the illegal trade in endangered animals and plants which is covered by the CITES convention. The convention covers more than 35,000 species of animals and plants, whether they are traded as live specimens or as derivatives.The Heathrow-based Border Force CITES team are specialist officers who work closely with the National Wildlife Crime Unit (NWCU), NCA and police to provide expert advice on border operational issues. They are recognised as world leaders in their field.