Four and a half years imprisonment for international falcon smuggler 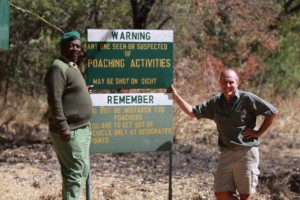 An international falcon smuggler who has previously served a prison sentence in the UK, was sentenced on 28th January 2016, to 4½ years in a Brazilian prison.  Jeffrey Lendrum, 54 yrs was detained by officers at Sao Paulo Airport as he headed to United Arab Emirates. Lendrum was found to be in possession of an incubator containing the eggs of a rare breed of falcons, believed to be Cassini falcons.  Officials estimate the chick from the eggs, which were intended for the black market, would have fetched up to $80,000 (USD).

It was believed that the eggs originated from nests in Chile and attempts were made to repatriate the eggs into nests before they hatched.  Unfortunately only one chick survived, which was put in the care of a nursery for birds of prey near to the Chilean capital, Santiago. After several weeks, authorities fostered it into an existing nest perched 30 meters (100ft) high on a rock cliff in Patagonia.

Lendrum who was born in Zimbabwe, but was travelling on an Irish passport, is no stranger to jail.  In May 2010 he was detained at Birmingham Airport when he was in possession of 14 x Peregrine eggs strapped to his body as he tried to board a plane bound for Dubai.  On this occasion officers from West Midlands Police and the UK National Wildlife Crime Unit discovered a car in the long-stay car park that contained an incubator and climbing equipment.  Lendrum admitted that he had plundered a nest in the Rhondda Valley and he intended to smuggle the eggs out to Dubai.  In August 2010 he was sentenced 30 months in prison, but this was later reduced to 18 months on appeal.  On that occasion the court heard that Lendrum stood to profit by up to £70,000 (GBP).

Thanks to the efforts of falconers, NWCU and RSPB, 11 of the 14 eggs were hatched out and the surviving chicks were returned to the wild.

Andy McWilliam a specialist investigator from the NWCU who dealt with Lendrum in 2010, said, “Lendrum is an extremely resourceful character. His planning and preparation is meticulous and he leaves little to chance.  I cannot praise the authorities enough for this capture.  He is a high level international wildlife smuggler and he is a serious threat to falcons around the globe”.

During the 2010 investigation the NWCU and West Midlands Police uncovered intelligence suggesting he had previously travelled to Chile during the breeding season for Cassini falcons.  They also uncovered video footage of Lendrum hanging from a helicopter he had hired as he targetted the nests of Gyr and Peregrine falcons in Canada.  He was also convicted as far back as 1984 in Zimbabwe for dealing in bird of prey eggs.