Home / How do we prioritise? / Current UK priorities / Bird of Prey Crime 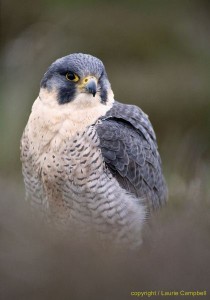 The purpose of Operation Owl is to increase public awareness of bird of prey persecution and to seek support in tackling it head on. ​As part of the Operation, police will carry out checks on known persecution hot-spots at random times to disrupt offender activity. Birds like peregrines, red kites and hen harriers are deliberately and relentlessly shot, trapped and poisoned in our countryside.

​This initiative, supported and governed by the National Police Chiefs Council Wildlife Crime & Rural Affairs portfolio, builds on the successful blueprint introduced by North Yorkshire Police, the RSPB and the RSPCA, working together with the North York Moors and Yorkshire Dales National Parks in 2017.

Operation Owl is an ongoing joint initiative currently led by the Chair of the Bird of Prey Priority Delivery Group and the North Yorkshire Police Rural Task Force.

Birds of Prey, also known as Raptors (derived from the Latin verb ‘rapere’, to seize or take by force), hunt and feed on other animals.  They are predators, taking live prey. Raptors comprising of Hawks, Eagles, Kites, Buzzards, Harriers, Falcons and Owls, these birds are distinguished by their curved beaks, powerful talons and acute vision in flight.  Peregrines can reach speeds of up to 200mph when diving for prey.

Raptor Persecution is one of the UK Wildlife Crime Priorities which includes poisoning, shooting, trapping, habitat destruction and nest destruction/disturbance. In the UK Birds of Prey are a protected species and therefore any criminal offences committed against these species are covered by the Wildlife and Countryside Act 1981.

Raptors also fall victim to the changing landscape.  Wind turbines are an increasing feature in rural areas and raptors have been struck or killed by the circling blades.

Agricultural pesticides were having an adverse affect on certain species of raptors in Scotland , England and Wales .  Raptors became an indicator species of the health of the environment.  Pesticides and contaminants are now routinely monitored through the Wildlife Incident Investigation Scheme (Science and Advice for Scottish Agriculture (SASA) in Scotland and Food and Environmental Research Association (FERA) in England & Wales. 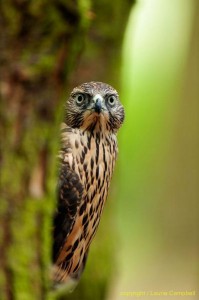 In February 2018 Raptor Persecution maps for England and Wales were published on the Natural England MAGIC site to enable the police to clearly see where the highest incidents are taking place and focus enforcement efforts in the areas that need it most. The decision to map Raptor Persecution data onto MAGIC originated from a discussion at the Raptor Persecution Priority Deliver Group (RPPDG). The RPPDG wanted to publicly highlight the issue of persecution and identify hot-spots where targeted work needs to take place. The maps present the number of shootings, trappings, poisonings and nest destructions that took place across England & Wales between 2011 and 2015 and will be updated annually, providing an invaluable intelligence tool to help fight crimes again birds of prey. This will also enable liaison with the respective Police Force and other Agencies to prevent these crimes.

The maps can be found here and below are instructions on how to navigate to the Bird of Prey Crime data layer: