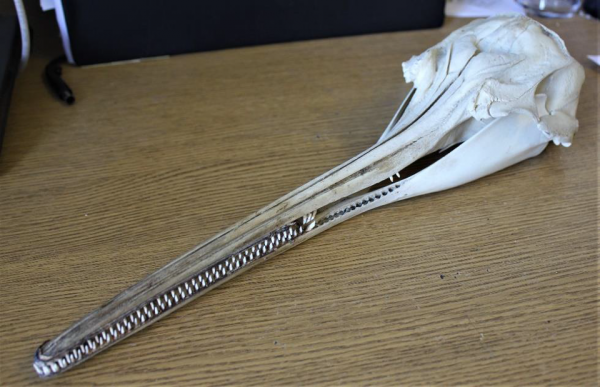 On 15th October 2019, Michael TANG, 49, of Cardiff appeared at Cardiff Crown Court where he pleaded guilty to 18 charges contrary to the Control of Trade in Endangered Species (Enforcement) Regulations 1997 and six charges contrary to the Customs and Excise Act 1979 relating to the illegal import and purchase of a number of skulls of protected species.

TANG pleaded guilty to all 24 charges and was sentenced to 12 weeks imprisonment for each offence suspended for 12 months, these sentences are to run concurrently, he was also ordered to carry out 120hrs unpaid work and to pay £1200 costs. All the items subject to these charges were forfeited.

The charges related to a number of species, the majority being primate skulls but also included a La Plata River Dolphin skull.

The NWCU identified TANG as being involved in the sale and purchase of derivatives of species that were listed both under CITES and Annex A & B of the EU Regulations. Checks with the Animal and Plant Health Agency confirmed that he hadn’t applied for or been issued with any certificates or permits required to trade in these items.

In August 2018 officers from the South Wales Police and the National Wildlife Crime Unit attended at the home address of TANG. On entering the house they discovered a number of skulls and other parts from numerous species of animals. A number of these originated from species listed under CITES and EU regulations, these included Gorilla, Chimpanzee and Orangutan skulls as well as the skull of a Sulawesi Babirusa and a La Plata River Dolphin. TANG was unable to provide evidence of the legal purchase or importation of a number of these items, which were subsequently seized. 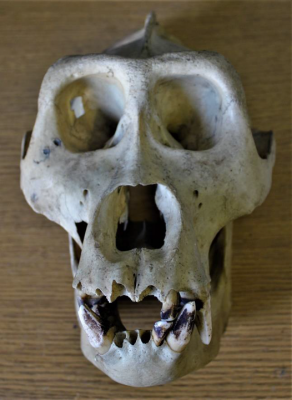 An expert who was able to make a formal identification of the items later examined all of the items seized, during his examination he also observed that skulls from a Gorilla, Chimpanzee and Orangutan all still had evidence of shot within them, indicating they had been shot and taken directly from the wild.

TANG was later interviewed about the items that had been seized, he admitted to purchasing a number of items online and also to importing a number of items from outside of the EU, he was unable to provide any documentation for these purchases or importation and was subsequently charged with 18 charges related to trading in prohibited items and six charges related to the fraudulent evasion of prohibitions.

Although there was no evidence that TANG was directly concerned with the original taking of these species from the wild, his involvement in the trade as a buyer helped fuel the demand for such items and the subsequent illegal taking and trade from the countries of origin of these species.

Ian Guildford of the National Wildlife Crime Unit (NWCU) said: “Once we had become aware of the defendants involvement in the trade in these items we worked closely with the South Wales Police to investigate the matter. Whilst it is not believed the defendant was directly involved in the taking of these animals from the wild his passion for collecting these specimens provided a market for those involved in the illegal taking and trade of endangered animals, this provides a real threat to the survival of a number of these species in the wild”. 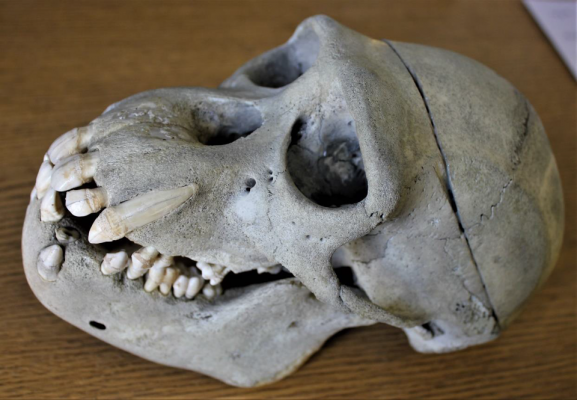 PC Mark Goulding, Wildlife and Environment Officer South Wales Police said: “Tang represents the demand for this trade and that to protect species in decline across the globe we must take positive action on our own doorsteps. This protracted investigation took place with expertise from the NWCU.  The demands on the police service means such specialist areas of investigation can only be met with support from partner agencies.”