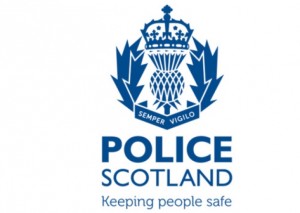 Police Scotland is carrying out enquiries after tests established that a Golden Eagle found dead in Angus earlier this month was poisoned.

The bird was discovered in the Glen Lethnot area in Angus after suspicions were raised by satellite tracking equipment that indicated it had remained in the same place for a significant period of time.

As police investigations continue, officers request that anyone who was in the Glen Lethnot and surrounding areas between the November 10 and November 25 contacts the Police Scotland.

“Given the rural location of this crime, we appeal to anyone who was out walking, working, or indeed out on the hills for whatever purpose between those dates, to get in touch. You may not think that any information you have is of value to us, but please let us be the judges of that.

“It’s also important to stress to the public that in cases where poisoned baits are used to target birds of prey, the poisons present a wider threat. They are, without question, a significant health risk to both humans and animals.

“If you find what you suspect to be poisoned bait – Do not touch it.

“Cover it if possible and contact the police with details of its location. A team of officers is continuing to conduct searches in the Glen Lethnot with a view to recovering the bait used to poison this bird.”

Anyone with information that could assist police enquiries should contact 101, or speak to any officer. Information can also be provided anonymously via the charity Crimestoppers on 0800 555 111.