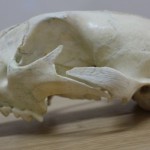 Wildlife crime officers from Hampshire Police and the National Wildlife Crime Unit investigating the illegal trade in endangered species seized a number of items originating from protected species in a house in the Eastleigh area of Hampshire.  Officers had identified a man who was trading illegally on the Internet and as a result they executed a search warrant issued under the provisions of the Control of Trade in Endangered Species (Enforcement) Regulations 1997.  Officers found a number of items at the premises, the majority of these had been legally obtained and possessed. However the following items were seized due to evidence of them being illegally obtained, these included a Sperm Whale tooth, a Leopards skull, the skull of a Large flying fox and a Caracal skull. Evidence also showed the illegal sale of a set of horns from a Dama Gazelle

A 58-year-old man was interviewed and cautioned for the prohibited purchase and sale of protected species.

NWCU note:  All the above species are listed on Appendix I/II of the Convention of International Trade in Endangered Species of wild fauna and flora (CITES).  CITES species can only be legally imported or exported in and out of the EU if they are accompanied by a valid import/export permit, the sale of these items also requires the seller to acquire an Article 10 licence from Animal Plant and Health (APHA).  It is the buyers/sellers responsibility to ensure that there is a valid import/export permit in place before such specimens are acquired and that an Article 10 licence is obtained for the sale of such items.  Only specimens that have been legally acquired from the wild and legally imported can be traded. 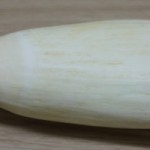