Man found guilty of killing duck in Richmond upon Thames 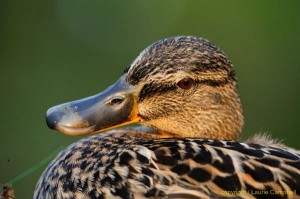 A man has been convicted for killing a duck in Richmond upon Thames.

Robert Muir, 49, (03.04.1967) of Sandycombe Road, Richmond upon Thames, was found guilty of one count of killing a wild Mallard duck contrary to S1(1)(a) Wildlife and Countryside Act 1981 at Wimbledon Magistrates’ Court on Monday, 30 January.

He will be sentenced at the same court on Friday, 10 February.

Wimbledon Magistrates’ Court heard how police were called to Richmond Riverside, TW9 at around 18:00hrs on Wednesday, 25 May following reports of a man killing a wild duck on a public promenade.

Officers attended and local enquiries led them to CCTV footage of Muir enticing the Mallard duck over with food on two occasions before grabbing it and breaking its neck.

The helpless animal was picked up a second time by Muir who twisted its neck again to ensure it was dead before he discarded the body of the bird in a bin and left the scene.

PC Richard Roberts, the Borough Wildlife Crime officer for Richmond upon Thames, assisted by an officer from the Met’s Wildlife Crime Unit, investigated and identified Muir as the suspect.

He was arrested on Wednesday 26 October 2016 and charged on the same day. Muir was then bailed to appear before Wimbledon Magistrates’ on 24 November where he pleaded not guilty to the offence.

He was found guilty on Monday, 30 January due to the overwhelming evidence again him.

Detective Constable Sarah Bailey from the Met’s Wildlife and Crime Unit said: “Muir lured over a female Mallard duck with food in full view of members of the public. Ducks in Richmond are well accustomed to human interaction. Muir has used this to cruelly entice and kill this wild duck. There was no element of sport or necessity, but it was a callous, random act of cruelty. I hope today’s verdict serves as a reminder that wild birds are protected and animal cruelty is unacceptable and we will always pursue those who inflict harm and break clear Wildlife and Countryside legislation.”