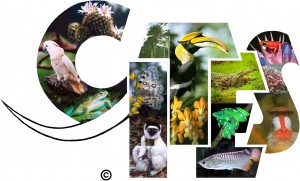 Call for entry for the International Elephant Film Festival

Geneva/Jackson, WY, 18 November 2015 – The Jackson Hole Wildlife Film Festival and the Secretariat of the Convention on International Trade in Endangered Species of Wild Flora and Fauna (CITES) have teamed up in organizing an International Elephant Film Festival to raise global awareness of the various challenges facing the African and Asian elephants, and to mark next year’s UN World Wildlife Day (3 March 2016).

The call for entries will close on 15 January, 2016 and finalists will be announced in early February. Winners will be presented at a high level event to coincide with the global celebration of UN World Wildlife Day at UN Headquarters in New York on 3 March 2016.

Winning and finalist films will be subsequently showcased extensively throughout the world, with specifically targeted countries and regions including African countries, China, Philippines, Thailand, the United States of America and Viet Nam, through screening events and local broadcast stations.

Subtitled DVDs will be distributed free to schools and libraries, and free screenings will be organized with local NGOs and elephant stakeholders wishing to incorporate Elephant Film Festival finalists and winners into their own programming.

Competition categories
Participants are asked to submit media in one or more of the following categories: