Three men sentenced for hare coursing in Lothians and Borders 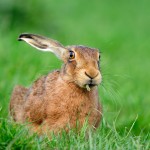 Three men have been sentenced (Wednesday 18 January) in connection with hare coursing crimes in the Lothians and Scottish Borders.

The men pled guilty to a total of six charges, which took place between December 2015 and February 2016, at Edinburgh Sheriff Court on 19 December 2016.

Niall Purves, now 36, of Edinburgh was convicted of four charges of hare coursing, which took place in the East Fortune, North Berwick, Duns and Pathhead areas.

He has now been sentenced to a community payback order of 300 hours, to be completed in 12 months, and has been disqualified from keeping a dog for 5 years.

Allan Hales, now 32, of Coatbridge in Lanarkshire was convicted for one charge of hare coursing, which took place in Duns in February 2016.

He has been sentenced to a community payback order of 180 hours, to be completed within 8 months, and has been disqualified from keeping a dog for three years.

John Baird, now 48, of Airdrie in North Lanarkshire was fined £360 for a breach of the peace.

“Hare coursing is a cruel death for an animal. Furthermore, this activity and the behaviour of perpetrators causes distress to the people who live and work in rural communities, and risks the worrying of livestock.

“We will investigate all reports of hare coursing and I’d encourage those who live, work and visit the countryside to remain vigilant in reporting any suspicious behaviour to us. Anyone with concerns or information about hare coursing is urged to contact the police, or report this anonymously to Crimestoppers on 0800 555 111.”

“NFU Scotland is very encouraged to hear of the sanctions handed down in this case. Hare coursing remains a live issue for many of our farming members, and we are aware that often there are links to other types of rural crime and serious organised crime.

“This instance sends out a clear message that it has no part in our working countryside. We would continue to urge NFUS members to report any suspicious activity such as this to Police Scotland on 101.”