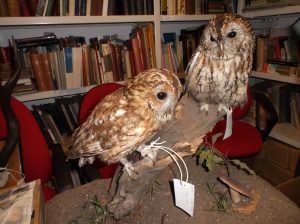 Officers from Avon and Somerset Police and the National Wildlife Crime Unit investigating the illegal trade in endangered species have executed a search warrant in the Yate area (19/12/2017).  The warrant related to the trade in taxidermy specimens of protected species.  A 41 years old man has been interviewed and later released.  A file is being prepared for the CPS to consider whether any charges should follow.