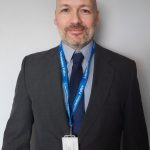 The NWCU are pleased to announce the new chair and secretary for the Badger Persecution Priority Delivery Group (BPPDG).

DC Flint said: “I am a Detective Constable from Lincolnshire police and have 18 years’ service. I have a degree in Zoology and have always had a passion for animals. I’ve had a varied career as a Police Officer and as a Wildlife Crime Officer where I carry out investigations into wildlife crime and have had some very successful prosecutions. I chose to apply for a role on the Badger Persecution PDG because I see being a part of this group as an opportunity to try and make a real difference to one of the most iconic creatures in the British countryside. I have seen first-hand the cruel and barbaric things some offenders do against this creature and this drives me to want to play a bigger part in putting a stop to it”.

The outgoing chair – and new Head of the NWCU – Chief Inspector Kevin Kelly said: “Both Aaron and Sam will be assets to the BPPDG. I have had the pleasure of leading this group for the last two years and we have achieved great success. These two new and enthusiastic officers will keep the group as leaders in their field and will continue to support the front line of Policing in the fight against wildlife crime”.