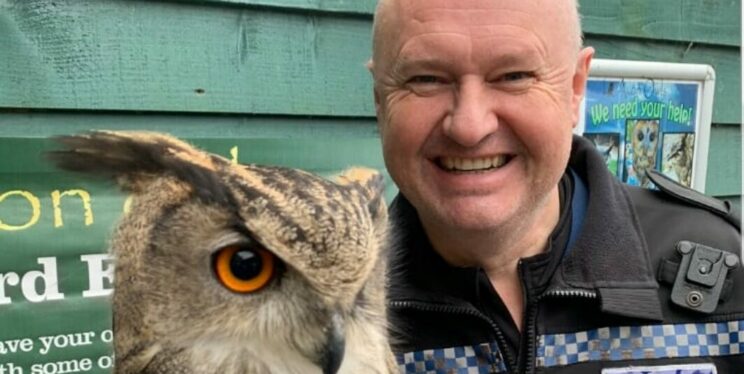 Avon and Somerset Police’s new Wildlife Officer has completed his first month in the role.

PC Pete Wills, who was previously a community beat manager in Burnham-on-Sea, has taken up the role after 22 years with the Force. He grew up in the countryside and has always had a passion for wildlife, so this is a dream job for him.

PC Wills said: “I was brought up on the Somerset Levels by two very keen walkers and conservationists, so I naturally fell into it and carried on with this lifestyle into adulthood. I have been a voluntary Wildlife Crime Officer for 14 years, helping to investigate or advise other officers, so this is a natural progression for me. I’m really pleased to be given this opportunity and I am excited about to being in a role where I am guaranteed to get my boots dirty.

Wildlife crime is any action that breaks the law regarding protection of the UK’s wild animals and plants.

PC Wills continued: “Wildlife crime is generally underreported, so a big part of my role is about raising the profile. Wildlife crime can be difficult to solve, as much of it occurs in remote locations where there are limited witnesses. We get all sorts of crimes reported to us, from badger act offences, to water vowels and bats, as well as illegal hunting and poaching. I have looked at ivory importation to our area and we have previously investigated bird egg and butterfly collectors. It’s not just about animals though, as flora and fauna are protected too.

In December he attended the National Wildlife Crime Enforcers Conference in Milton Keynes to learn about best practice in different parts of the country and see what could be adopted within Avon and Somerset.

PC Wills continued: “I obviously can’t do this all by myself, but I know there is a sea of people and agencies in the region that will be able to help me along the way. I hope to build a good working relationship with many of the key partners to help enhance the Force’s wildlife portfolio. I then hope to be able feed it all into the National Wildlife crime picture.”

PC Wills is supported by five officers who are trained to advise on wildlife crime.