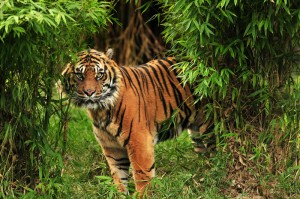 “Six suspected tiger poachers have been shot dead in a gunfight with Bangladeshi police at a hideout in the world’s largest mangrove forest.

Police seized three tiger pelts which they said were from animals that appeared to be freshly killed.

The Sundarbans in south-east Bangladesh are home to the rare Bengal tiger.”