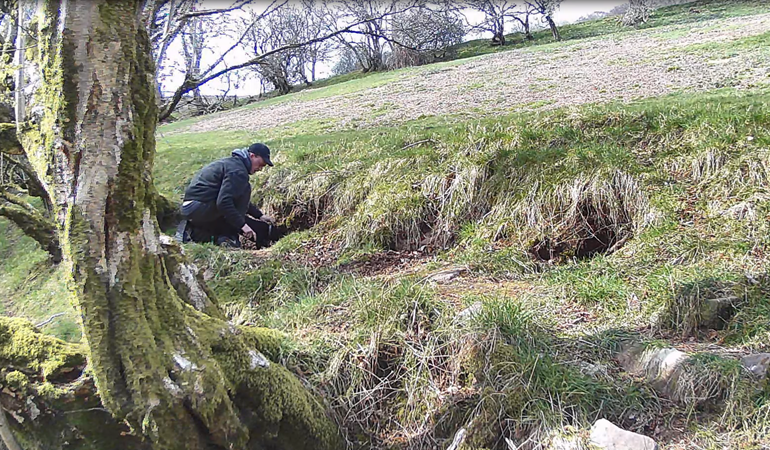 A man from Blaenau Gwent has been successfully prosecuted in a joint operation by Natural Resources Wales (NRW) and the National Wildlife Crime Unit (NWCU) for encouraging his dog to enter a badgers sett, in pursuit of badgers known to be present.

Jordan Thomas from Brynmawr, appeared before Cwmbran Magistrates on 14 December 2022 charged with breaching the Protection of Badgers Act 1992.

Whilst illegally trespassing on Tyr Ywen Farm in Abergavenny, Mr Thomas was captured on a trail camera and could be heard encouraging his dog to enter the sett and find the badger known to be present.

After pleading guilty, Mr Thomas was fined £495 in costs and surcharges and ordered that he be electronically tagged for a period of 12 weeks with a curfew between 8pm and 4.30am.

The magistrate noted that had there been any evidence that a badger had been harmed by Mr Thomas he would have received a custodial sentence.

Badger baiting is abhorrent and will not be tolerated. This successful prosecution demonstrates effective partner agency collaboration and should remind people that wildlife and rural crime will not be tolerated. Police Forces across Wales are successfully working with Natural Resources Wales and the National Wildlife Crime Unit to investigate and prosecute those responsible for committing wildlife and rural crime. I welcome the sentence which includes a 12-week curfew, and hope that it will deter others from committing offences in the future.