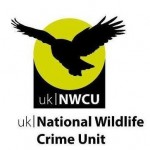 An international law enforcement operation tackling the illegal trade in endangered species has seen more than 300 seizures of animals, plants and derivative products in the UK and hundreds more worldwide.

In the six-week global operation Border Force and UK Police detected consignments at UK ports and airports including ivory and ivory products, 166 turquoise blue geckos, 10,000 sea horses, 400 Horsefield tortoises, 11 black bear claws, 23 orchid and cacti seizures and made 157 seizures of health supplements. All items seized are classified as endangered under the Convention on International Trade in Endangered Species (CITES).

Operation Cobra 3, which is in its third year, saw the Police National Wildlife Crime Unit (NWCU), Border Force, Europol and law enforcement agencies across 62 countries work together to prevent the illegal movement of endangered species across international borders. To date, enforcement teams globally have made some 200 arrests, while in the UK the NWCU has supported police forces in 28 investigations.

As well as the UK seizures, the worldwide effort saw one of the largest ivory hauls in Thailand’s history with 4.3 tons seized from a shipment on its way from DR Congo to Laos. Another 3.1 tons of elephant ivory (511 pieces) was concealed in 220 bags of tea leaves from Kenya, also en route to Laos when it was intercepted by Thai customs. Other international seizures included: more than 90kg of coral and 50kg of animal parts (including heads and horns) found in Spain, more than 500kg of frozen eels in Poland, 800 cacti in a joint German and Chinese operation and 16 whale ribs seized in the Netherlands.

“Border Force takes its role in preventing illegal wildlife trafficking very seriously and this operation against the illegal trade in endangered species has seen some significant seizures made by our officers and our international partners. Joint operations maximise our impact and those illegally trading in wildlife products should be in no doubt that we will target you at the UK border and beyond.

“The illegal movement of endangered species is part of an illicit and often cruel trade that Border Force, together with our partners in the UK and internationally, is determined to stop.”

“I would like to thank all agencies and staff who took part in the UK involvement in Cobra 3. This intensive period of activity has impacted globally on the illegal trade in endangered species. This highlights the importance and benefits of partnership working by combining our best assets to close the net on organised criminality.

“The results will serve as a deterrent and help widen public awareness of these issues.”

“The EU remains a destination, source and transit region for the trafficking of endangered species, which involves live and dead specimens of wild fauna and flora, and even parts or products made from them. Poaching and the illegal trade of species are dominated by organised crime groups, who operate worldwide and make huge profits from these activities.

“Op Cobra 3 shows the true global dimension of these crimes, and sends the clear message that Europol and its international partners are determined to crack down on wildlife crime. We will continue to fight these often cruel crimes, to ensure a safe environment for endangered species in Europe and all over the world.”

In the UK, Border Force is responsible for frontline detection and seizure duties on the illegal trade in endangered animals and plants which is covered by the CITES convention. The convention covers more than 35,000 species of animals and plants, whether they are traded as live specimens or as derivatives.

Anyone with information about activity they suspect may be linked to smuggling and trafficking of any kind should call the UK hotline on: +44 (0)800 59 5000.