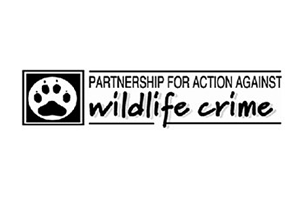 Matthew Gonshaw, a known egg thief from London, was spotted on the island of Rum on 28 May 2011 by an employee of Scottish National Heritage. He was seen walking amongst a gull colony in a remote part of the island, collecting eggs. A number of freshly broken eggshells were later found there.

Gonshaw, 49, was stopped by police officers, including from the National Wildlife Crime Unit, as he waited to board the ferry to leave Rum four days later.

He was found to be in possession of four containers which contained eight Manx Shearwater eggs, seven Meadow Pipit eggs and five eggs belonging to the Meadow Pipit, the Reed Bunting or the Black Cap.

In addition, he had a balaclava, a tent and camping equipment, a pair of binoculars, maps of Cairngorm and Aviemore, Inverness, Loch Ness and Culloden and the Isle of Rum, a GPS device, a head torch, climbing equipment, camouflage clothing and an egg blowing kit.

The kit included drill bits to make a hole in an egg; glass and plastic tubing for blowing out egg contents; a length of ribbon for holding an egg securely without damaging it; and tweezers.

Gonshaw pleaded guilty at Inverness Sheriff Court to the taking of 20 wild birds’ eggs on the Isle of Rum between 25 May and 1 June 2011 and to being in possession of various articles for the purposes of committing wildlife offences. He was sentenced to six months’ imprisonment in May 2012.

In the first order of its kind in Scotland, the court also imposed an Anti Social Behaviour Order on Gonshaw, prohibiting him from entering Scotland during the bird breeding season (1 February to 31 August each year). The ASBO is in force indefinitely.

The case involved a number of member agencies of PAW Scotland including COPFS, the UK National Wildlife Crime Unit; Northern Constabulary; Scottish National Heritage and the Royal Society for the Protection of Birds.

“Our wildlife is part of our national character.  It improves our quality of life, underpins many livelihoods and supports the growing nature tourism industry.  Wildlife crime is a blatant attack against all of these benefits.

“Those who illegally take wild birds’ eggs are criminals. Matthew Gonshaw is such a criminal.  He will serve a period of imprisonment, he has had his equipment taken from him and he cannot now enter Scotland during the time when wild birds are breeding.

“This conviction and sentence should send a message loud and clear to those who think of committing such crimes: you will be brought to justice.”

All of the eggs and equipment recovered were forfeited by the court and will be donated to the National Wildlife Crime Unit to be held on behalf of PAW Scotland to use for educational purposes.

The Isle of Rum is a national nature reserve owned and managed by Scottish Natural Heritage which receives around 10,000 visitors each year. It is an area of special heritage for Scotland and is a designated Site of Special Scientific Interest for natural vegetation and habitats; an area of special protection for golden eagles, manx shearwaters and seabird species; and a special area of conservation for the island’s otter, and there are a number of older European habitat designations concerning vegetation on the island.