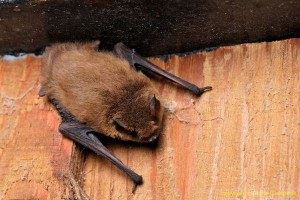 On Tuesday 24th April 2018 at Kidderminster magistrates court Mr Stephen David Yoxhall, B15/10/1966 of Atherstone pleaded guilty to the destruction of a bat roost. He was fined £300 and ordered to pay costs of £135. The offence occurred when work was being undertaken to develop a business unit  in Holberrow Green, Worcestershire. A bat survey undertaken in support of the planning application identified the presence of common pipistrelle summer roosts. Mr Yoxhall was made aware that destruction of the roosts should only be undertaken once a licence had been issued by natural England. No licence was sought and the work resulted in the destruction of roosts. It was accepted that the work was undertaken at a time when bats would not have been present.

BCT provided evidence to the court demonstrating that costs exceeding £1200 had been avoided by Mr Yoxhall. From that perspective, the level of fine imposed is disappointing, in particular having regard to recent cases in Dorset and Kent. On this occasion we were unable to attend court and should therefore not speculate on why Mr Yoxhall’s crime was allowed to result in him benefitting financially from his actions.

BCT are grateful to both West Mercia Police and the Crown Prosecution Service for pursuing this case. This is the fourth conviction in less than three years for bat crime secured within the West Mercia/Warwickshire Police partnership area. This has undoubtedly been achieved because of the commitment and expertise of both wildlife crime officers and specialist CPS prosecutors.