Coventry man convicted for egg collecting – for the 10th time 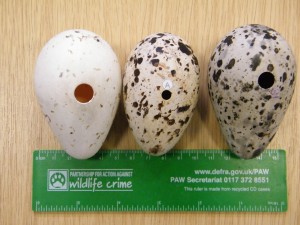 “A Coventry man has firmly cemented his place as the UK’s most convicted egg collector with his tenth and latest prosecution, three more than any other collector.

On 3 March 2014, Gregory Peter Wheal (50yrs) of Vinecote Road, Coventry appeared for trial at Coventry Magistrates Court. This followed an incident in September 2013 when a West Midlands Police Officer attended his home on an unrelated matter and found four birds’ eggs on display in his lounge.”

To read press coverage from the Coventry Telegraph, click HERE.