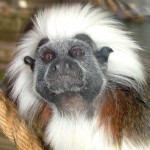 FIVE monkeys have been stolen following a break-in at Blackpool Zoo.

The burglary happened overnight between Tuesday (April 29th) and Wednesday (April 30th) when offenders cut a hole in the perimeter fence of the zoo, on Woodside Drive, and approached two separate monkey enclosures. They then removed the locks and took monkeys from each enclosure.

Two female and one baby Cotton-top Tamarins, which are a critically endangered species, and two male Emperor Tamarins were stolen. All need specialist care and keepers are very concerned about their welfare. 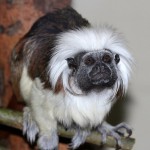 Police believe the animals were targeted specifically and their details have been circulated to all ports and airports in case the thieves try to take them abroad. Officers are working with the National Wildlife Crime Unit to try to trace them.

PC Steve Higgs, of Blackpool Police, said: “It would appear from the way that these thieves have broken into the zoo that this was a planned and pre-meditated crime and that the offenders knew what they were looking for and knew that the monkeys would be in the enclosures.

“I would appeal for anyone who has any information or any witnesses who saw anything suspicious on Tuesday evening or Wednesday morning to get in touch. It may be that there were dog walkers around at that time who may have seen people acting suspiciously.

“I would also appeal to anyone who may be offered these animals for sale to contact the police.” 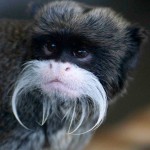 Darren Webster, Zoo Director, added: “We are extremely saddened by the theft of these monkeys and it is imperative they receive the correct care in order to survive.

“All the animals were born here at Blackpool Zoo and are part of our zoo family, so I would like to urge anyone with any information to contact the police.”

Andy McWilliam, Investigations Officer at the National Wildlife Crime Unit, added: “There is definitely a market for these monkeys and we are making enquiries across Europe in a bid to try and trace them.”