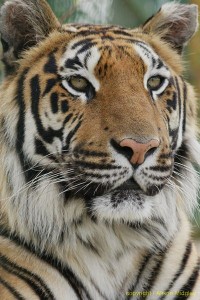 “Hackers have broken into the websites of banks, news outlets, social media, and the government, but could key information on the whereabouts of endangered species be targeted as well?

Possibly, say conservationists: An incident in India has some concerned that wildlife poachers could use the Internet as another resource for criminal activity.

In July, Krishnamurthy Ramesh, head of the monitoring program at Panna Tiger Reserve in central India, received an email that alerted him to an attempt to access his professional email account. His inbox contained the encrypted geographic location of an endangered Bengal tiger.

The tiger, a two-and-a-half-year-old male, had been fitted with a nearly $5,000 collar with both satellite and ground-tracking capabilities in February 2013. The collar was configured to provide GPS data every hour for the first three months and every four hours for the next five months (the collar lasts about eight months).

In July, the battery expired and the satellite feedback in the collar stopped working. Around the same time, Ramesh received the notice that someone in Pune —more than 620 miles (1,000 kilometers) away from his office in Dehradun —had tried to access his email.”