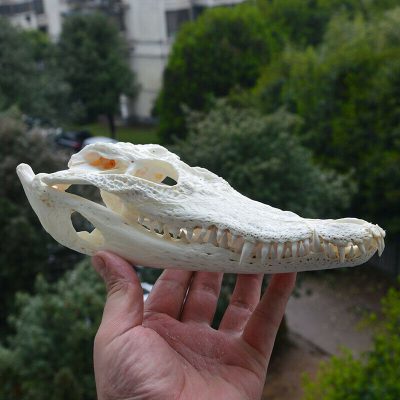 On Thursday 1st August 2019, officers from the UK National Wildlife Crime Unit and West Yorkshire investigating the illegal import (from China) and subsequent sale of Siamese Crocodile skulls, executed three search warrants in the Bradford area. As a result of the operation a 26 year old man from the Bradford area was arrested on suspicion of evading import restrictions and prohibited sale of Annex ‘A’ species (Siamese crocodile and Black bear skulls).  He was later released under investigation, while officers continue their enquiries.  A 27 year old female was also arrested, but she was later released without charge.

Siamese crocodile is a critically endangered species and receives the highest level of protection.  Any import or commercial use of the species is strictly controlled.