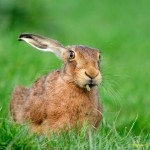 On 13 October 2019, a farmer reported to us that four men with lurcher dogs were walking across his land in West Hanningfield, and were believed to be hare coursing.

During the call, an off duty police officer also witnessed the men walking in private land and confirmed the men all had lurcher-style dogs which were in pursuit of a hare across fields.

Our officers then arrived on the scene and arrested four men.

John Giles, Samuel Haylett, Roddy Teelan and Patrick Doran were all charged with trespassing in pursuit of game.

Haylett, 31, of Barnes Road, Frimley, in Surrey was convicted of the offence on February 5 2020 and was made the subject of a criminal behaviour order which bans him from:

And we have now secured the convictions of the remaining three men as well as two additional criminal behaviour orders.

Giles, 33, of Winchester Road, Aldershot, was found guilty after a trial at Chelmsford Magistrates’ Court on October 13 2020.

Giles was also made the subject of a three-year criminal behaviour order which prohibits him from:

Teelan, 30, of Guildford Road, in Aldershot, Hampshire, was found guilty after trial at Chelmsford Magistrates’ Court on 12 October 2020 and was fined £880 and ordered to pay £310 in court costs and an £88 victim surcharge.

He appealed our application for a criminal behaviour order but it was granted at Colchester Magistrates’ Court last Wednesday, 3 March.

The three-year order prohibits him from being in control of any dog unless it is on a lead except on private land with landowners’ written permission. He must not associate with any of the other men in public in Essex.

The fourth man, Patrick Doran, 19, from Sadlers Farm, in Basildon, was found guilty at a trial at Chelmsford Magistrates Court on November 17 2020. He was not made the subject of a criminal behaviour order.

Magistrates also ordered the destruction of a catapult and slingshot belonging to Doran.