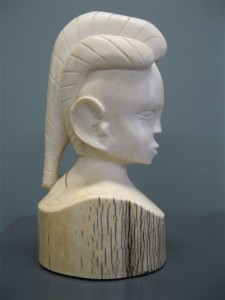 Following a joint operation by Derbyshire police, the National Wildlife Crime Unit and Border Force, a 30-year-old man has been reported for offences relating to the prohibited sale and export of elephant ivory.

In October last year, officers from Border Force stopped and searched a number of packages containing carvings made from elephant ivory.

The packages were being exported without permits to the Far East .

Search warrants were later executed by the National Wildlife Crime Unit and officers from Derbyshire police, during which the ivory and other materials were seized.

A 30-year-old man from Derby has now been reported for offences contrary to the Customs and Excise Management Act 1979 and Control of Trade in Endangered Species (Enforcement) Regulations 1997.