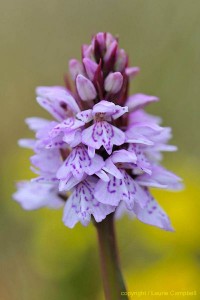 “The Convention on International Trade in Endangered Species of Wild Fauna and Flora (CITES) celebrates the start of its fifth decade this month. It is the oldest international environmental agreement and one of the few with real teeth, because it can impose trade sanctions for non-compliance—and because virtually all countries have joined.

The mission of CITES is to prevent illegal wildlife trafficking and illicit trade in endangered and protected species. Commercial trade in species that are threatened with extinction—including elephants, rhinos, and tigers—as well as derivative products, such as tusks, horns, and powders, is completely prohibited. Commercial trade in species that are not yet threatened with extinction but are still protected by CITES—for example, pythons—is subject to a permit. In total, CITES extends protection to roughly 5,600 animal and 30,000 plant species.

Yet many protected species are nonetheless facing severe threats, owing to habitat loss, illicit trafficking, and unsustainable harvesting. We believe that innovative development finance can play a role in helping the 180 CITES parties to realize the convention’s full potential, by adapting widely available cutting-edge technologies and tools to the business of trade permits.”