On the 20 January 2016, officers from both Avon & Somerset and Devon & Cornwall Police along with staff from Devon and Somerset Trading Standards, Environmental Health and the National Wildlife Crime Unit visited nine premises in the Barnstaple area as part of a wildlife crime operation. 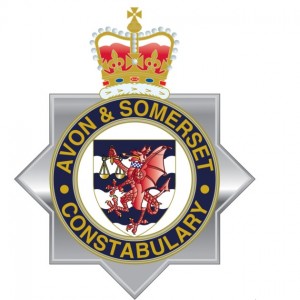 This activity follows an investigation and intelligence gathering by both police forces into organised crime and poaching networks.

Using Trading Standards and Food Safety powers along with a number of warrants obtained under the Wildlife and Countryside Act, business and residential properties were searched by officers as part of investigations into alleged offences surrounding poaching and the illegal supply of meat into the food chain.

Two men aged 37 and 42 have been arrested for poaching offences and bailed until the 9th March pending further enquires.

Two men aged 19 and 57, and a 53-year-old woman have also been arrested in connection with firearms offences and have been bailed until the 18th March.

A number of meat samples have been taken and will be tested to establish the species of the animal product on sale. Carcasses were also located at a number of address and further tests will take place to establish the type of weapon used to kill these animals.

Cash, phones, computers and other weapons were also seized during the operation.

Sgt Andy Whysall, from Avon and Somerset Police, who is currently working with the National Wildlife Crime Unit, said: “This type of joint operation between police forces and other agencies sends a clear message to those who don’t believe that wildlife crime is taken seriously. It demonstrates that by working together with our partners we have the ability to deal with a wide range of offences and those involved in wildlife crime, poaching and trading standards offences are brought to justice.

“These are not victimless crimes, landowners loose out and ultimately the public are potentially at risk from food that isn’t checked and tested by the usual food standards. I would like to thank all agencies involved in making sure that such a response to this issue was possible.”

Roger Bartlett sector inspector for North Devon including Exmoor said: “I am delighted to see our partners joining with us in our efforts to tackle the scourge of poaching. With the work officers have been doing for a long time, I get a clear sense of the threats, fear and intimidated many people living in our rural and more isolated communities face from those involved, much of which is not reported. “I hope this operation shows to local communities that we are serious about targeting local poachers and that it will give people the confidence to report their concerns to us, knowing that we will listen and act.’

Chief Inspector Martin Sims, Head of the National Wildlife Crime Unit said: “Poaching is one of the countries national wildlife priorities and operations such as this can only happen by all parties working together. The dedication show by those involved to deal with this matter needs to be commended. It has taken a lot of hard work over a long period of time to get to this point and without their commitment and enthusiasm to deal with these individuals this operation would not have taken place today.”

Councillor Roger Croad, Devon County Council’s Cabinet Member with responsibility for Devon and Somerset Trading Standards said: “Poaching is no longer always about a lone poacher taking something home for their larder, but an organised criminal operation where deer, fish and livestock are taken and often sold on for it to end up in restaurants, hotels or with meat suppliers.

“These people are in it for financial gain, and linked to other types of criminality. There have been instances of poachers trespassing and then shooting or using dogs to take deer and threaten landowners.

“With agencies working together we hope to be able to look beyond where the police have traditionally looked to combat poaching.”

Anybody with information about poaching should contact their local police on 101. Alternatively you give information anonymously through Crime Stoppers on 0800 555 111. They never ask your name or trace your call, and you could be entitled to a cash reward.