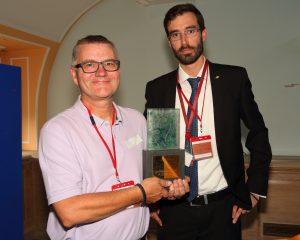 Friday 30th June 2017:  Retired Warwickshire Police Officer, Craig Fellowes has won the prestigious ‘Partner of the Year’ award for his dedication and contribution to wildlife crime training.  The award, which is sponsored by Browne Jacobson Solicitors, is presented annually to the person or organisation that has made a significant contribution to the Partnership for Action Against Wildlife Crime (PAW).

Craig Fellowes has been involved in the fight against wildlife crime since the 1990’s when he became Warwickshire’s Wildlife Crime Officer.  In the late 90’s he developed the National Wildlife Officer’s Foundation Course, which is still the only PAW accredited training course for Police Officers.  The course was rolled out nationally.  Craig has been, and remains, integral to Police training; he has been a member of the PAW Training Group since its inception, almost 20 years ago.  Having completed 30 years police service he was persuaded by members of the PAW training group to stay involved in police wildlife training and as a result he set up Wildlife Training Consultancy.  He has continued to facilitate and deliver training to the Police, CPS and other organisations.  In the past year he has delivered training to police on Badger Persecution, he has worked with the National Wildlife Crime Unit to develop a 3 day ‘CITES’ course for Police officers, which focused on the illegal trade in endangered species.  Craig organised two successful ‘CITES’ workshops for police, CPS and some NGOs, which were held at the Natural History Museum in November and Leeds Discovery Centre in May.  Craig also organises and manages the Annual National Wildlife Crime Enforcer’s Conference.

Presenting the award on behalf of PAW, Dmitrije Sirovica of Browne Jacobson said, “These awards are often presented to individuals or organisations that are involved in operational work, but without sound training much of that work would not be possible, Craig’s efforts over the years cannot be under estimated and he is a very worthy winner of this year’s award”. 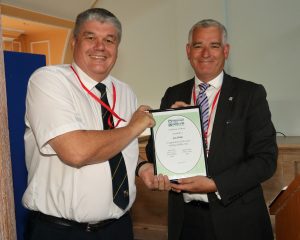 At the same event Guy Clarke of Border Force also received an ‘Award of Merit’ from PAW for his contribution to the PAW Training Group over the past 20 years.  Presenting the award, North Yorkshire’s Chief Constable Dave Jones said, “Guy has been at the centre of wildlife crime training for more years than most people could remember, it was clear that his contribution, both here and abroad, had been extremely valuable and although he has recently had to step down from his position on the PAW group, I have no doubt he will continue to contribute and would always be on hand for advice and guidance”.