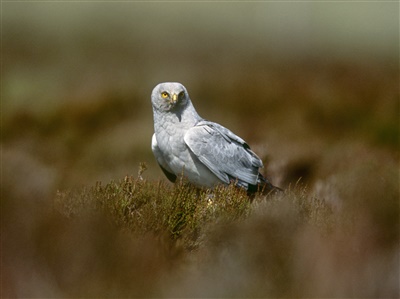 Dryad, a male hen harrier, hatched at a nest in the Forest of Bowland this summer. He was fitted with a lightweight satellite tag so that scientists could trace his movements once he fledged. But Dryad barely had time to spread his wings before his tag, which had been transmitting normally, stopped suddenly and unexpectedly on 7 September 2020.

The tag’s last transmission showed the bird had been roosting on a grouse moor between Kirkby Stephen and Ravenseat in the Yorkshire Dales National Park. RSPB staff searched the area but found no trace of Dryad or his tag. Dryad has not been heard from since.