Lancashire and Cumbria Police recently joined forces to train up 30 Wildlife Crime Officers.  Officers from both forces attended a week long course at Lancashire Police HQ, where they received specialist training on a wide range wildlife crime topics, including ‘Illegal Trade in Endangered Species’, ‘Badgers’, Birds and the Law’, ‘Poaching and Traps’, ‘Poisons and Pesticides’, ‘Hunting’ and ‘European Protected Species’. 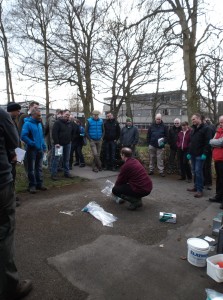 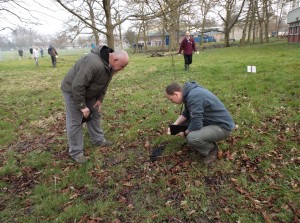 This is the first regional wildlife crime course that the forces have run.  Andy McWilliam from the National Crime Unit, who assisted to deliver some of the training modules said, “This is the first time the forces have pooled there resources to deliver wildlife crime training.  By working together, Cumbria and Lancashire Police have been able train a significant number of officers in a short space of time.  They have also been able to focus on their own priority areas of criminality.  It was clear that is no lack of commitment from the Wildlife Crime Officers on the ground”

Head of National Wildlife Crime Unit Det. Insp Nevin Hunter said, “Running the course, which was opened by ACC Bates shows that both forces are fully committed and taking wildlife crime seriously.  The NWCU will support any future training events”.

It is hoped the specialist knowledge gleaned from the course will give officers the tools they need to deal with wildlife crime.

It is hoped that further courses will take place in the future. AUTHOR: NWCU