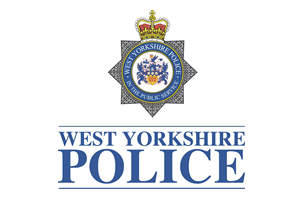 “Wildlife bodies have strongly criticised the actions of a Leeds man who failed to comply with laws related to the keeping of birds of prey.

Terence Young, aged 53, of Woodland Road, Leeds, appeared in Leeds Magistrates Court yesterday (Thursday 11 April), where he pleaded guilty to five charges under the Control of Trade in Endangered Species (Enforcement) Regulations 1997 and a further charge of keeping an unregistered goshawk, contrary to the Wildlife and Countryside Act 1981.

The sales of goshawks is strictly controlled by permits, issued in the UK by the Animal Health and Veterinary Laboratories Agency, who carried out the investigation along with the National Wildlife Crime Unit and West Yorkshire Police.

Young was fined £360 and ordered to pay £100 costs. He was also banned from keeping Schedule 4 birds, including goshawk and peregrine, which must be ringed and registered with the government if kept in captivity.

Andy McWilliam, Investigating Officer for the National Wildlife Crime Unit, said: “Unlike the majority of responsible breeders, Mr Young has failed to comply with the strict controls governing the trade in endangered species. He seems to have treated the requirement for permits as an optional extra rather than a legal requirement.

Head of Wildlife Compliance at the Animal Health and Veterinary Laboratories Agency, Alison Clarke, added: “The legislation and licensing system exists to protect our native birds and prevent endangered species from being taken from the wild for trade purposes.

“This case shows that failure to comply can lead to prosecution. Penalties include a ban on keeping birds, and any birds without the necessary documentation or registration can be seized.”