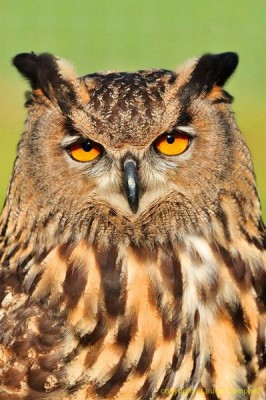 A man from the Forest of Dean has been given a 40 weeks prison sentence, suspended for 18 months, after being convicted of a number of counts of fraud and theft in connection with the trade in rare and endangered birds.

Keith Beaven, 68 and from Staunton, was also ordered to abide by a curfew for 12 weeks and pay fines totalling over £16,000 at Gloucester Crown Court today.

Beaven was found guilty of nine offences, including the prohibited sale of black kites, the theft of eagle owls that were the property of Her Majesty’s Revenues and Customs, making false statements to gain permits and fraudulently obtaining a Milky Eagle Owl and Ural Owl from zoos.

He breached the Endangered Species Enforcement Regulations on numerous occasions, abusing his then status as the owner of a national bird centre and his membership of the European Association of Zoos and Aquaria (EAZA) to source and sell birds illegally. He also made fraudulent applications to legitimize his ownership of some of the birds.

Andy McWilliam, from the National Wildlife Crime Unit, said: “The strict rules in place in relation to the trade in endangered species are there to ensure their conservation and protection. These animals are in danger of being hunted and put into extinction so it is vital rules are in place.

“Beaven of all people would have known this and yet showed complete disregard for the law and those he was duping, all for his own monetary gain.”

Detective Constable Grace Samuel said: “What is clear is that Mr Beaven identified a means to earn an income by taking advantage of what is essentially a goodwill agreement between the various zoos in both the UK and in Europe.  Mr Beaven took advantage of this goodwill in order to make money from the sale of the birds he acquired.   This type of behaviour flies in the face of the conservation and educational efforts that the gifting and loan of these birds were intended for.

“Some of the birds that Mr Beaven was profiting from are classed as Annex ‘A’ endangered species, which are subject to the highest level of international protection.  In some cases he had falsified statements to the authorities in order to obtain permits.

“This investigation was both protracted and complicated by the fact that victims were identified all over the UK and in Europe.  Officers worked tirelessly over a 2 year period and their efforts resulted in the successful conviction of an individual who took advantage of those who were duped into thinking that he was a legitimate establishment.

“This investigation highlights an area of crime that is being taken very seriously by the Constabulary and their partner agencies.

“We hope that this will send a clear message out to those who break the law and harm our wildlife and fauna.”