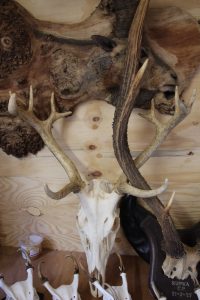 All the charges related to the skull of a rare and endangered species of deer known as a Barasingha or Swamp Deer, a species that’s natural habitat is found in areas of Northern India.  Barasingha receives the highest level of protection and control, it is listed on Annex ‘A’ to the COTES Regulations and therefore any commercial use of such species is prohibited, unless it is covered by a permit.  These permits are commonly known as an Article 10 Certificate.  The same level of protection and control is given to live specimens, but also applies to parts and derivatives of any dead specimen.

Specialist officers from Thames Valley Police, UK National Wildlife Crime Unit and Border Force executed a search warrant issued under the provisions of the COTES Regulations at Saggerson’s home address on 16th June 2019.  During the search they seized documentation, mobile phones and a number of animal skulls, including a Barasingha skull that Saggerson had been offering to sell via the internet.

Subsequent enquiries led to Saggerson being charged with the prohibited purchase and subsequent offering for sale of an Annex ‘A’ species.  He was also charged with intentionally making a false statement in an attempt to obtain an Article 10 Certificate, which the prosecution say was an attempt to legitimise the illegally acquired skull. 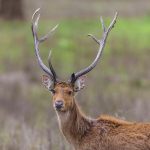