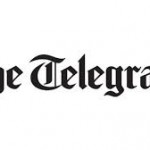 A Royal Estate owned by the family of Prince William and Harry’s former nanny has suffered one of Britain’s worst ever wildlife poisonings.

Mystery poisoners have been blamed for the “mass killing” of birds of prey on the land belonging to the parents of Tiggy Pettifer (formerly Legge-Bourke), who cared for the princes when they were children. There is no suggestion the estate itself was involved.

Eight buzzards, five red kites, two ravens and five pheasants were found dead at the Glanusk estate in Powys, Wales in what has been described as a “truly dreadful catalogue of wildlife poisoning”. It is the second largest bird killing recorded in Britain in the last 40 years.

The pheasants are believed to have been poisoned with the insecticide Bendiocarb and then left as bait for the larger birds.