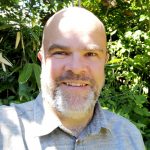 Mark Goulding has now taken up the role of the Wildlife Crime Project Officer for the Bat Conservation Trust (BCT), replacing the recently retired Pete Charleston.

Mark served 32 years in the military and South Wales Police. For the last twenty-two years he held frontline police operational posts alongside his wildlife crime role. Mark was on a full-time three-year secondment to Natural Resources Wales as a Wildlife Crime officer and South Wales Police wildlife crime co-ordinator.  He was awarded the Wildlife Crime Enforcer of the year award in 2015 (sponsored by the World Wildlife Fund) for this work.

Mark has investigated a broad range of wildlife crime offences against species and habitats from bats to primates, plants to protecting sites of special scientific interest. He has given advice, guidance and training to, members of the public, Police officers, statutory bodies, NGOs and been on various national delivery groups relating to Wildlife Crime Enforcement.

Mark’s strength lies in the practical application of legislation and the real time investigation of offences. BCT will benefit from those skills whilst the essential ecological expertise will be found among other BCT staff, bat groups and bat workers. Marks priority is to reduce wildlife crime offending, whilst securing compliance with the law among those who might otherwise commit offences.