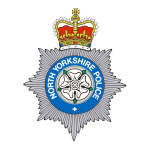 “The investigation led the suspect, a 23-year-old man from the Hawes area, to go to Richmond Police Station as a voluntary attendee on 22 May. He made a full and frank admission to using the illegal spring pole traps near Widdale Fell, which were initially reported to the police on 10 May by the RSPB who had obtained video evidence of the offence.

“All options in how to deal with the man were considered, including a prosecution at court. However, based on the case at hand, it was decided the most appropriate course of action was to give him an adult caution.