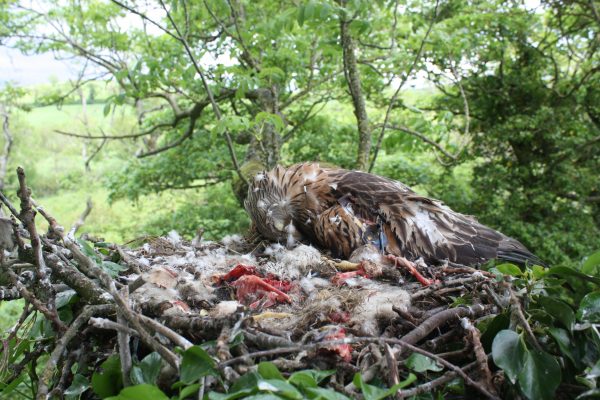 A Red Kite dead on nest. Image courtesy of NIRSG

The latest Raptor Persecution & Poisoning Report for Northern Ireland, covering 2015 and 2016, has been released.

The main points are;

Click here [2-paw-rs-persecution-report-2014_final] for the 2014 report into the illegal killing of Northern Ireland’s native birds of prey.