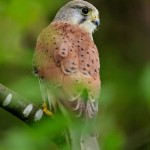 Police are urging people to protect wildlife across Yorkshire during the country’s third national lockdown following a spate of incidents.

West Yorkshire Police has already recorded three fatal shootings of kestrels in the first week of January alone, compared to just one in the whole of 2020.

Two offences took place in Huddersfield and one in Leeds.

There have also been numerous reports of sheep worrying; interference with badger setts and hunting with dogs.

Wildlife crime officer Shaun Taylor, of West Yorkshire Police, said the force recorded a slight increase in the number of offences reported to them during the first lockdown back in March 2020 and are appealing for people to be vigilant.

Anyone who witnesses a wildlife crime or anyone who has any information is urged to contact police immediately.

PC Taylor said: “We now have more wildlife officers than we have ever had before and we are working with other agencies and farming groups to tackle any issues that arise. We are also out there patrolling and acting on intelligence and information.”