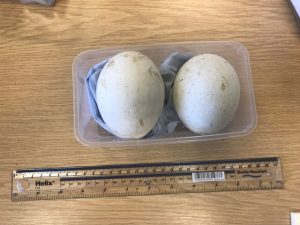 The detection was made on 26 June when officers stopped a man who had arrived on a flight from South Africa.  When the man was questioned and searched, 19 bird eggs were found concealed within a body belt, as well as two newly-hatched vultures.

Border Force specialist officers identified that the eggs were protected under the Convention on International Trade in Endangered Species (CITES).  Although the exact species are yet to be identified, the eggs are known to be from South African birds of prey including vultures, eagles, hawks and kites. 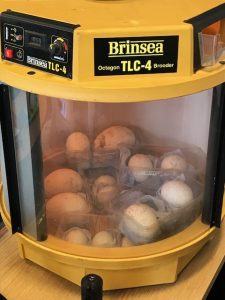 Following the incident, a 56-year-old Irish national was arrested and the investigation passed to the National Crime Agency (NCA).  He has since been bailed pending further enquiries.

“My officers are experts in their field and will seize anything that contravenes CITES regulations.  In this case, by preventing the smuggling attempt they have also ensured that the birds and eggs received the immediate care and attention that they needed.

“The frontline work of my team, alongside close working with enforcement partners such as the NCA and National Wildlife Crime Unit, is key to tackling the international illegal wildlife trade which does so much environmental damage and threatens the survival of endangered animals and plants.” 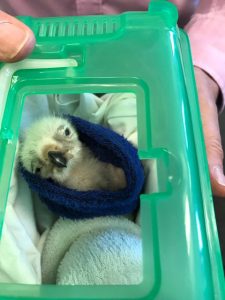 Anyone with information about activity they suspect may be linked to smuggling and trafficking of any kind should call the UK hotline on: (0)800 59 5000.