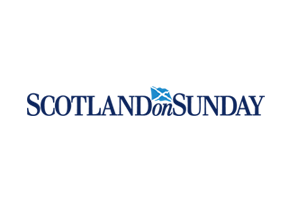 “A VORACIOUS alien predator has been found in Scotland for the first time after they were bought into the UK illegally.

The National Wildlife Crime Unit has recovered about a dozen marbled crayfish from home aquariums at three properties in the Central Belt, Scotland on Sunday can reveal.

Marbled crayfish, thought to be native to North America, are banned in the UK because of the severe threat which they pose to native wildlife and the environment. They are the only crayfish capable of reproducing asexually, meaning that it only takes the introduction of a single female to cause a devastating outbreak.

Their unusual and prolific breeding method requires huge amounts of energy which they obtain by feeding on a vast range of flora and fauna, jeopardising a wide variety of native plants and insects. The discovery in Scotland follows suspicions among experts that the lobster-like crustaceans are being purchased and kept illegally in fish tanks…”

Source: Scotland on Sunday
By: Julia Horton
To read the full article: http://www.scotsman.com/scotland-on-sunday/scotland/scots-wildlife-at-risk-from-alien-crayfish-breeds-1-2904005