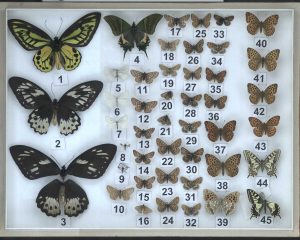 On 7 April 2017, Phillip Cullen, 57, of Cadbury Heath, Bristol, was given a six-month sentence, suspended for two years, at Bristol Magistrates Court. On the 16 March 2016, Cullen had been found guilty of six charges contrary to the Conservation of Habitats and Species Regulations 2010 relating to the capturing, killing and possession of two large blue butterflies. He had previously pleaded guilty to possessing 36 dead specimens of large blue, large copper, southern festoon and clouded apollo, contrary to the same regulations, and possessing 49 dead Schedule 5 specimens of black veined moth, fiery clearwing moth, marsh fritillary, heath fritillary, high brown fritillary and swallowtail contrary to the Wildlife and Countryside Act 1981. He was also ordered to carry out 250 hours of unpaid work, given a five-year criminal behaviour order banning him from three nature reserves managed for the large blue plus costs of £380. 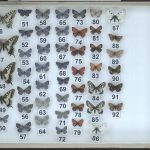 In June 2015 CULLEN was seen entering the Gloucestershire Wildlife Trust’s Daneway Banks Nature reserve, this reserve is a limestone grassland owned and managed in order to provide protection to the rare Large Blue butterfly. CULLEN was observed carrying a small green net that he used to try and catch butterflies on the reserve. When questioned by one of the witnesses he denied trying to catch butterflies but said he was trying to catch parasitic wasps and was looking for Orchids, neither of which were present.

The following day CULLEN was seen on the Collard Hill Nature reserve in Somerset, this is owned by the National Trust and is another important site for the Large Blue Butterfly.

As a result of enquiries made by the police and National Wildlife Crime Unit (NWCU) a search warrant was executed on 12th February 2016 at the home of CULLEN by officers from the Avon and Somerset Police accompanied by members of the NWCU and specialists from the Natural History Museum, London.

As a result of the search 13 trays of mounted butterflies were seized, CULLEN was arrested in relation to offences under the Wildlife and Countryside Act 1981 and The Conservation of Habitats and Species Regulations 2010. Later that day he was interviewed at Keynsham Police Centre. He admitted that he had been collecting butterflies for about 50yrs and that he had previously caught them himself but that had been ‘decades ago’, these days he just videoed butterflies and caught wasps which he caught in a small net, similar to a child’s shrimping net.

Experts took the butterfly’s that had been seized to the Natural History Museum for examination, they were able to identify 89 specimens that were protected by UK and European legislation. Two butterflies of particular interest were two Large Blue Butterflies that had the labels ‘DB18’ and ‘CH18’ alongside them. In March 2016 CULLEN was further interviewed, he admitted that he had caught butterflies a number of years ago and the remainder he had purchased on the internet.

He admitted going to both the Daneway Banks and Collard Hill reserves but denied catching any butterflies on these reserves, when it was suggested the ‘DB18’ and ‘CH18’ related to the names of the reserve and the ‘18’ was the date he had been seen on the reserve (18th June 2015) he denied this and said that it described the colour variations of the butterflies, the ‘CH’ stood for Cobalt Hue and  ‘DB’ stood for Dark Blue, he couldn’t remember what the ‘18’ stood for.

The NWCU would like to thank the Natural History Museum, recently retired WCO Sgt Andy Whysall and Jonathan Richards and colleagues in the CPS for their work in presenting an unusual case in a very professional manner.