The UK’s contribution to a global Interpol operation targeting the illegal trade in birds has been hailed a success. 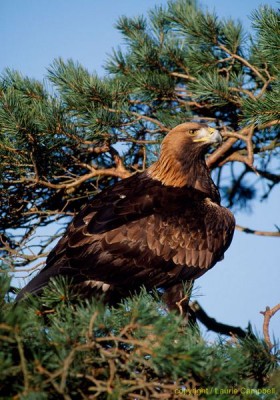 Operation CAGE was the third operation coordinated by Interpol to target the growing trade in illegal wildlife. The operation saw police, customs and wildlife enforcement authorities in 32 countries carrying out thousands of checks at ports, airports markets, pet stores and taxidermists.

The operation, which ran from April to June 2012 focused on the illegal trade and exploitation of birds and their products. More than 8,700 birds and animals, including reptiles, mammals and insects were seized and nearly 4,000 people arrested in an operation across 32 countries coordinated by INTERPOL.

In the UK, efforts were concentrated on the illegal trade in birds of prey. Inspections were conducted by the Border Force and Animal Health and Veterinary Laboratories Agency.  26 inspections were completed as a result of which Police forces supported by the National Wildlife Crime Unit are involved in 14 investigations. Five people have been arrested to date, one person convicted and there are several pending court cases

“This is an example of UK Law Enforcement working together to support international wildlife crimes. No single agency can manage this alone. By contributing effort from across the UK and linking in with Interpol we have been able to start the process to bring people to justice for breaking national and international conventions”