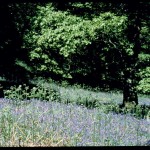 Wildlife officers from Cumbria Police and the National Wildlife Crime Unit investigating the disappearance of wild plants from the Cumbria countryside have executed a search warrant at a house in Great Orton, Cumbria (28/04/2016).     As a result of the search, the officers seized around 5000 wild Snowdrop bulbs and lesser numbers of Bluebells and Wild Garlic.

A 63 year old man from Great Orton has been interviewed and reported for offences contrary to the Wildlife and Countryside Act 1981 (WCA 1981) and the Control of Trade in Endangered Species (Enforcement) Regulations 1997 (COTES Regs).

Wild plants are protected by the WCA 1981; it is an offence to uproot any wild plant. It is not illegal to pick wild flowers, unless they are particularly rare and listed on Schedule 9 to the WCA.

Snowdrops are also included on Annex ‘B’ of the COTES Regulations and such species can only be legally sold, purchased or offered for sale, if they have been legally imported or legally acquired, which means legally taken from the wild.