Two men from Chester, 35-year-old Warren Kelly (29/05/1986) of Sycamore Drive and 58-year-old Andrew Dutton of Clover Place (20/07/1964) have both been given five year criminal behaviour orders (CBOs), after they were convicted of four offences under the Game Act and two offences under the Hunting act, for Hare Coursing in Ormskirk, West Lancashire. 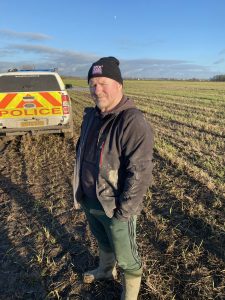 The pair were known to poach all over Lancashire, Lincolnshire, Humberside, Merseyside, North Wales, Cheshire, West Mercia, Shropshire and Bedfordshire.

The CBO bans them from being anywhere in England and Wales in possession or control of a dog other than in their home address and from being with any person anywhere in England and Wales with a dog. It also bans them out of huge portions of Lancashire and Merseyside, (see below maps) from acting in a manner that is likely to cause harassment, alarm and distress.  In addition, they were handed down almost £1000 in fines and costs and had their poaching equipment forfeited from them.  The bans are in place until 29 June 2027.

The order also stipulates that if they breach the order, anything in their possession at the time, any vehicle and any dogs will be forfeited.

South Rural Police Taskforce officer PC Paddy Stewart said: “Hare coursing and poaching can be extremely distressing for our community, who feel unable to challenge the offenders. This is not ‘one for the pot’ poaching, these offenders travel around the country committing cruel acts towards our wildlife and whilst doing so wreak havoc on our rural communities. Farmers regularly tell me of threats and intimidation when they challenge trespassers on their land who are involved in poaching.

“It is a misconception for people to think this is a minor crime in the countryside. Like many other wildlife crimes, those involved in hare cour- 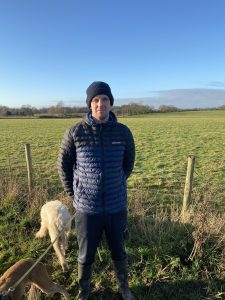 sing are often hardened criminals, using threats, intimidation and in some cases violence, against anyone who questions or challenges their actions. They trespass on land, damaging crops and property.

“Many people won’t know that the brown Hare is listed as a Conservation Priority in the UK’s Biodiversity Action Plan, meaning we should be doing all we can to protect this vulnerable species.”

Sgt Darren Car added: “The measures farmers have to put in place to deter these offenders cost considerable amounts of money which in turn is passed onto food consumers.

These criminal behaviour orders will offer safety for the community and protection to vulnerable species. I am extremely proud of my team’s hard work in securing these convictions and orders for our community. Due to the feeling of isolation in rural areas and previous experience of threats, it takes great courage for farmers to step forward and we will continue to stand shoulder to shoulder with them in the fight against wildlife crimes and animal cruelty.”

Anyone who sees the two men in the West Lancashire area can report their breach through 101 or online here.

The South Rural Crime Taskforce can be contacted on southrtf@lancashire.police.uk 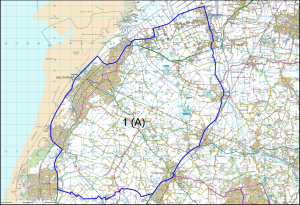 Exclusion zone – 1 (A) – Borders are A59 from Junction with A565 at Tarleton – South down the A59 Through, Sollom, Rufford, Burscough, Ormskirk. This then follows the B5195 through Downholland Cross, Great Altcar into Little Altcar. This then follows the A565, then the Costal Rd and Marine Drive, Hesketh Road, re-joining the A565 to Banks Rd, New Lane Pace, Marsh Rd to Shore Rd then Shore Road, Station Rd, Hesketh Ln finishing on Church Rd and re-joining at Tarleton. As can be seen on the map this effectively protects the vast, flat farm lands and rural communities within the boundaries that both KELLY and DUTTON are known to offend within and is historically linked to the legacy of Hare Coursing Events. This also prevents access to the salt marshes and offshore flats around Southport both within Lancashire and Merseyside for which is referred by the defendants. 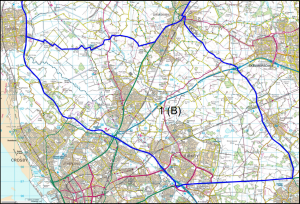 Exclusion zone – 1 (B) – Borders are from the B5319 at Ormskirk bordering Exclusion Zone 1 (A) travvelling down the A570 through Scarth Hill and Stanley Gate, Meeting the Rainford Bypass (A570) down to Windle Island (A580) to the M57 turning into the A5758 and onto the A565 TO Ince Blundell and re-joining Exclusion Zone 1(A) at Little Altcar. Again within 1(B) you will see this effectively protects the vast, flat farm lands and rural communities within the boundaries that DUTTON and KELLY are known to persistently offend within and is historically linked to the legacy of Hare Coursing Events. 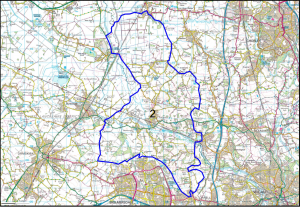