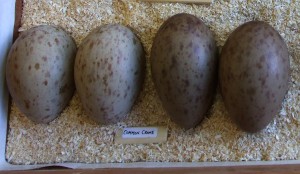 “An enquiry, which started in the UK in 2009 involving the collecting and trading of wild birds’ eggs, led to the conviction of three Swedish egg collectors on Friday 31 January 2014 after a 23-day trial in the province of Ångermanland, in central Sweden. One of the men was jailed for a year.”

National Wildlife Crime Unit staff are pleased with this result. NWCU, along with the former Tayside Police, who co-ordinated Operation Easter (the UK-wide operation to identify and convict egg thieves) developed the early intelligence in conjunction with RSPB. We also worked closely with the former Lothian and Borders and Northern police forces and assisted with two searches in Scotland. One of the NWCU investigative support officers later travelled to Finland to assist with enquiries there. The Swedish convictions are the conclusion of an extremely successful joint operation.

Egg thieves in different countries often have their own network and criminals from the UK frequently travel abroad to collect eggs. NWCU continue to assist authorities in other countries with egg collecting there, sharing intelligence on known or suspected egg thieves.