“The US Fish and Wildlife Service, Office of Law Enforcement have seized 138 taxidermy bird mounts from a man in Connecticut.  The birds, which are believed to be 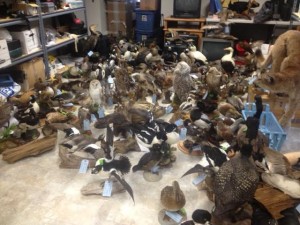 valued at $30,000 were being held in violation of US legislation – Migratory Bird Treaty Act and Endangered Species Act.  The seizure came as a result of intelligence uncovered by the UK NWCU during an investigation in the North East of England.  Agents uncovered the haul when they were conducting enquiries on behalf of the NWCU.  Court proceedings are also pending in the UK”

PICTURE: US Fish and Wildlife Service, Office of Law Enforcement